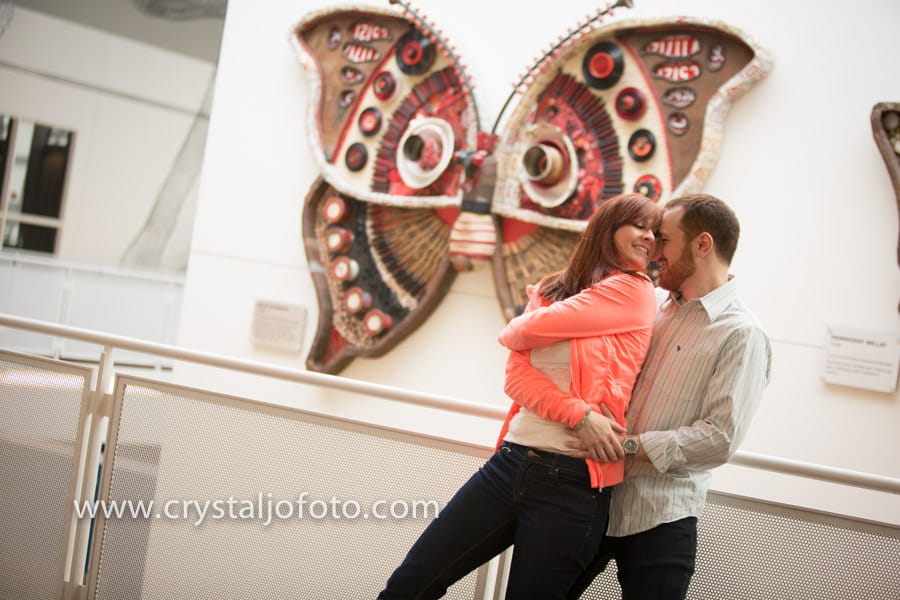 Their love will make you dizzy! 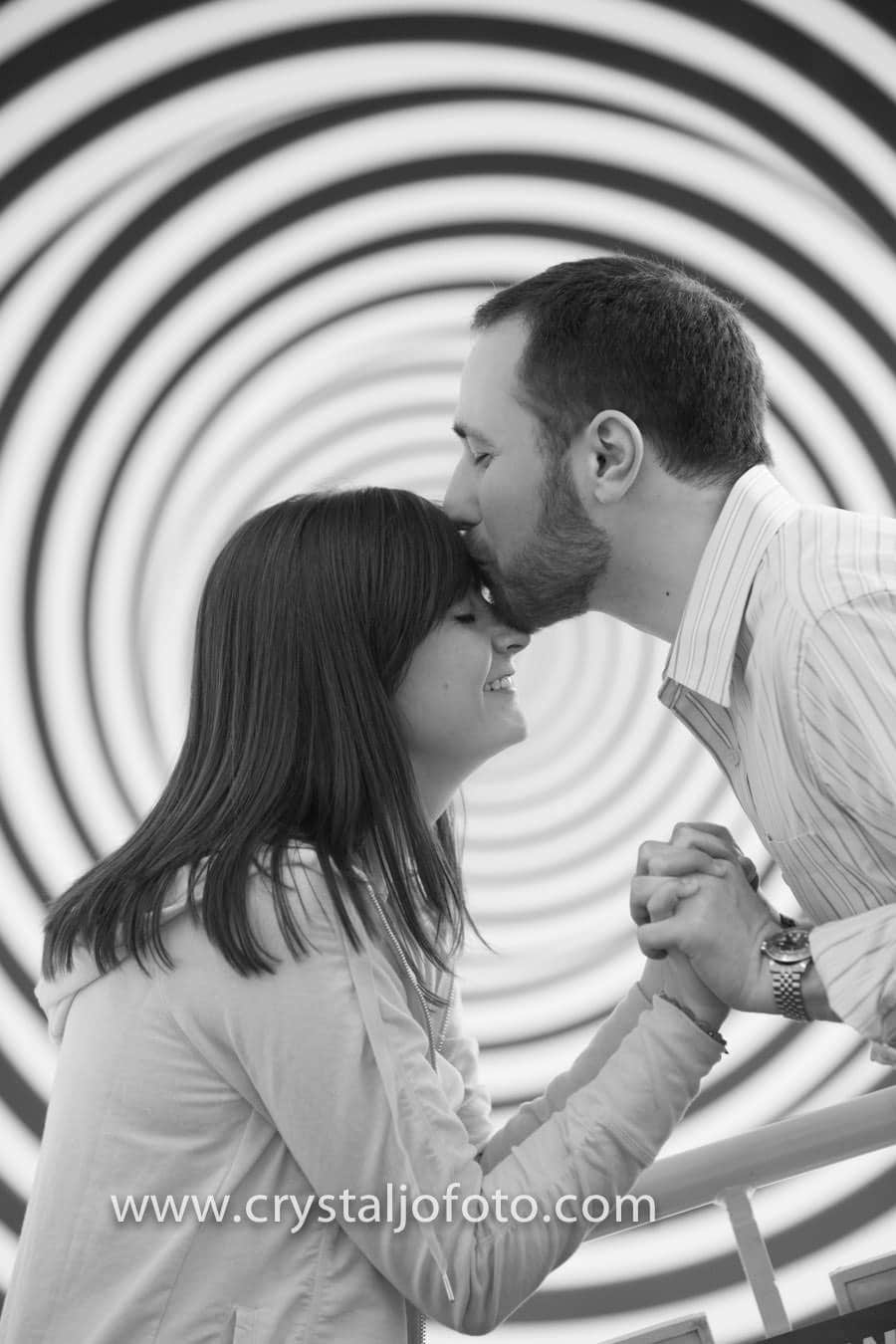 COSI, hands down, coolest place for photos! And even better when you have VIP status with NOBODY around… aka, it was 80 degrees outside and nobody in Ohio was indoors. 🙂 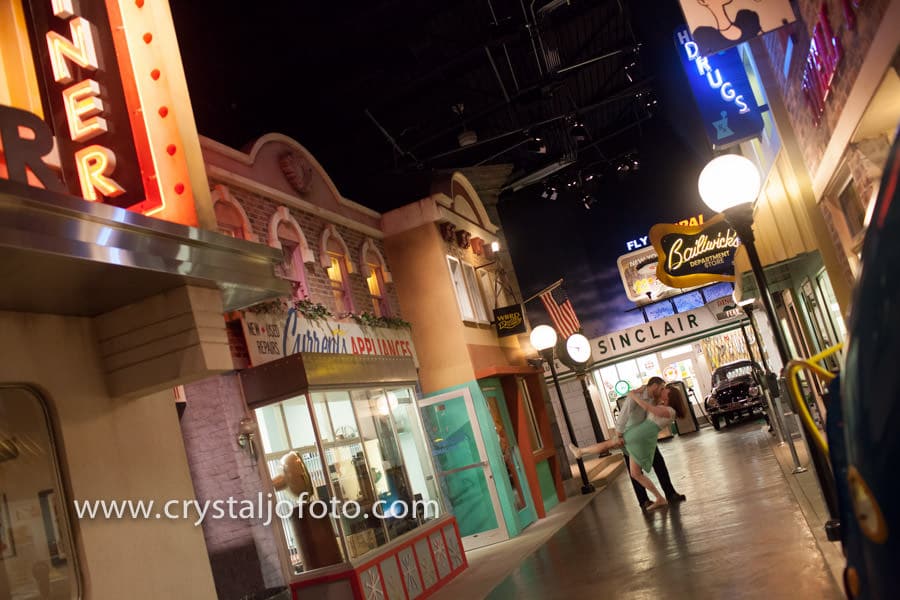 “Progress” is the same town, in 1898 and again in 1962.  It’s like traveling through time and seeing what life would’ve been like years ago. 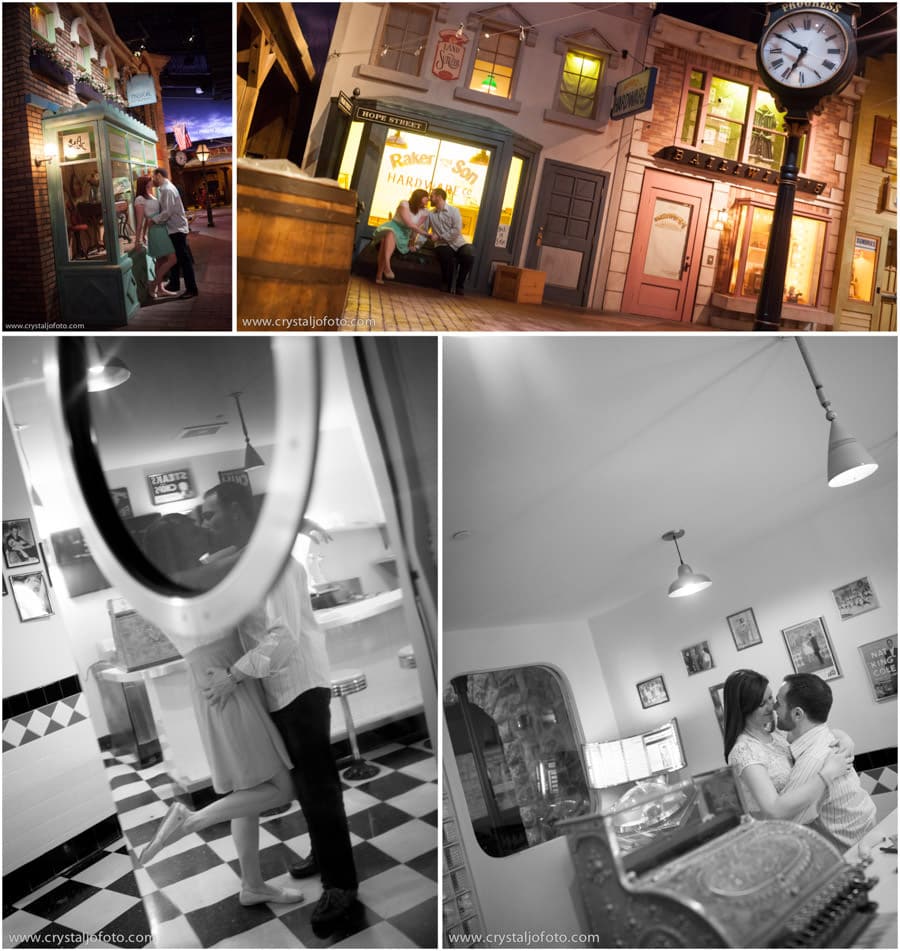 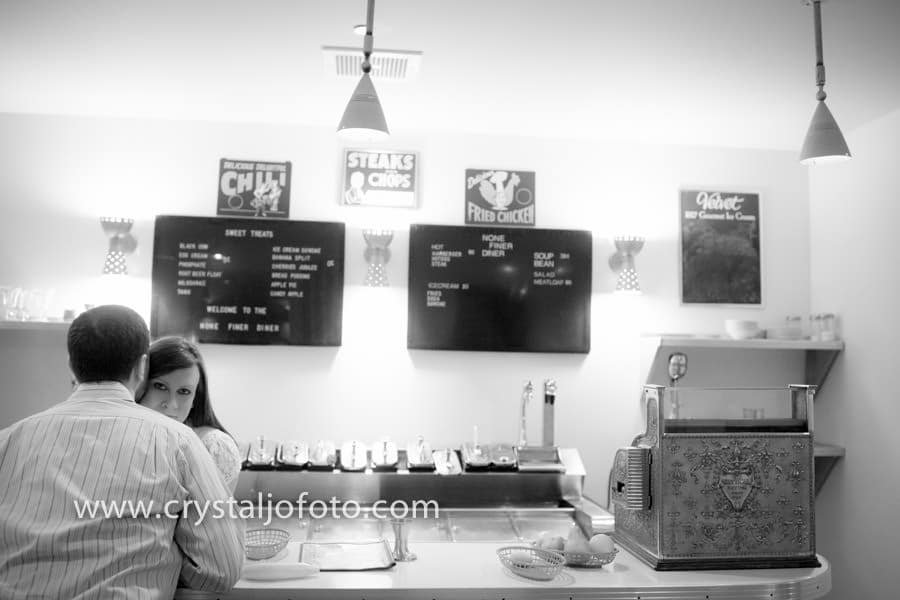 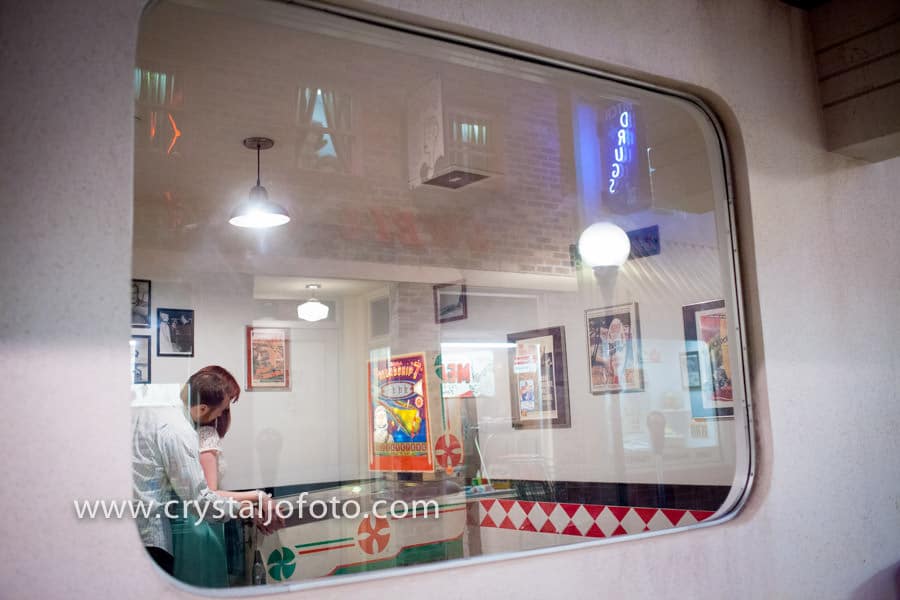 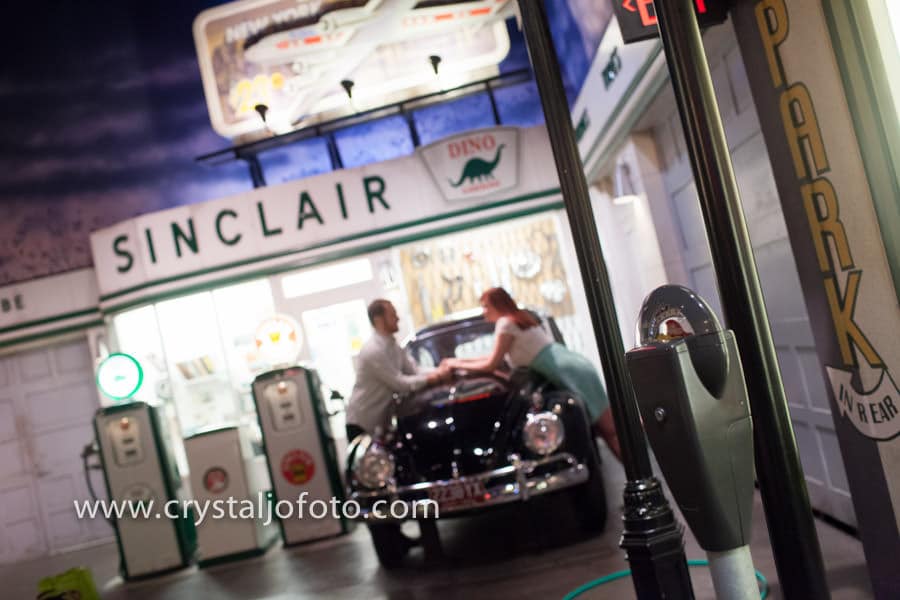 My session fave.  I love the way her feet are crossing, the way he’s tenderly holding her hand.  Cosi sign in the background which means a lot to these two.  The entire image.

And this was a close second..  (their hands together up on the pole, they did that all by themselves!) 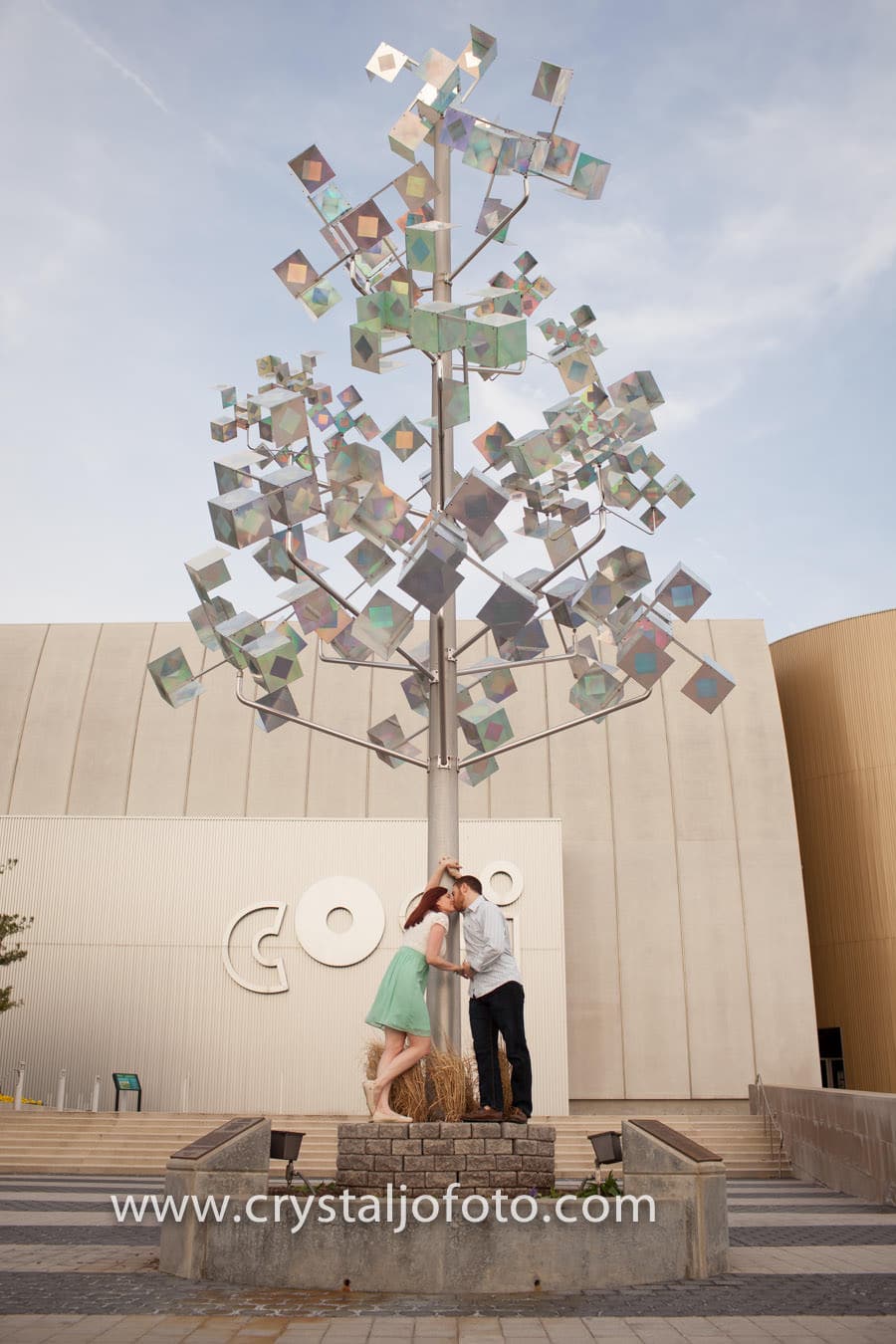 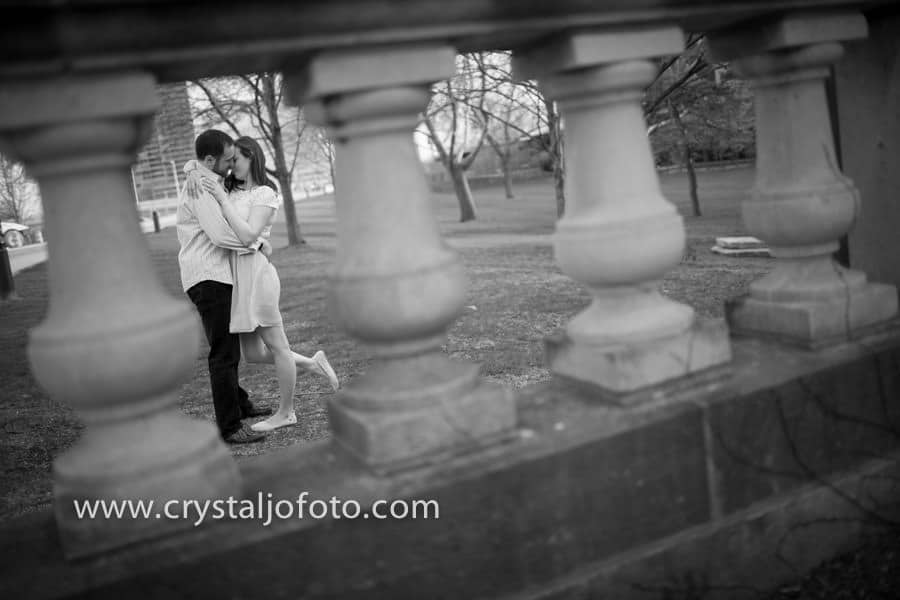 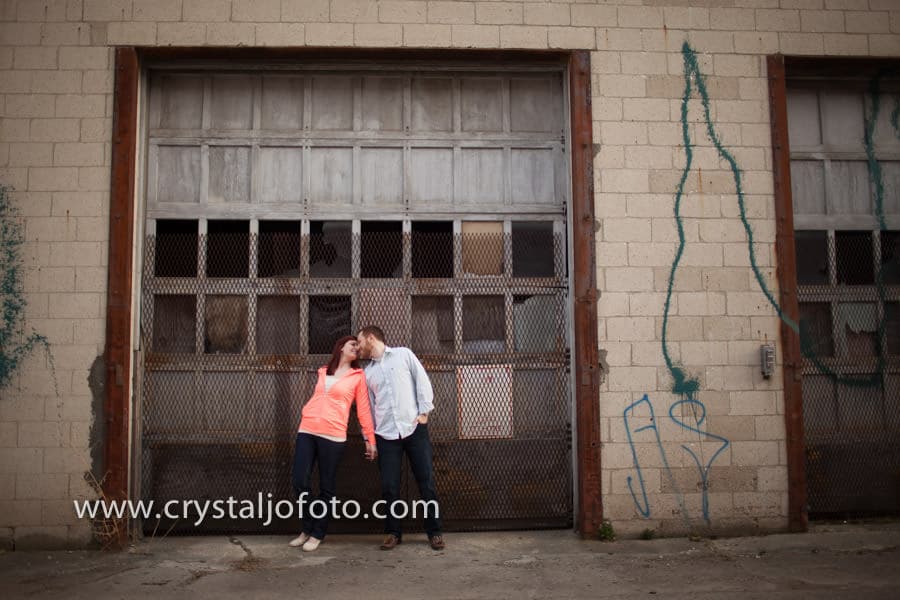 And then there’s this awesome sauce… 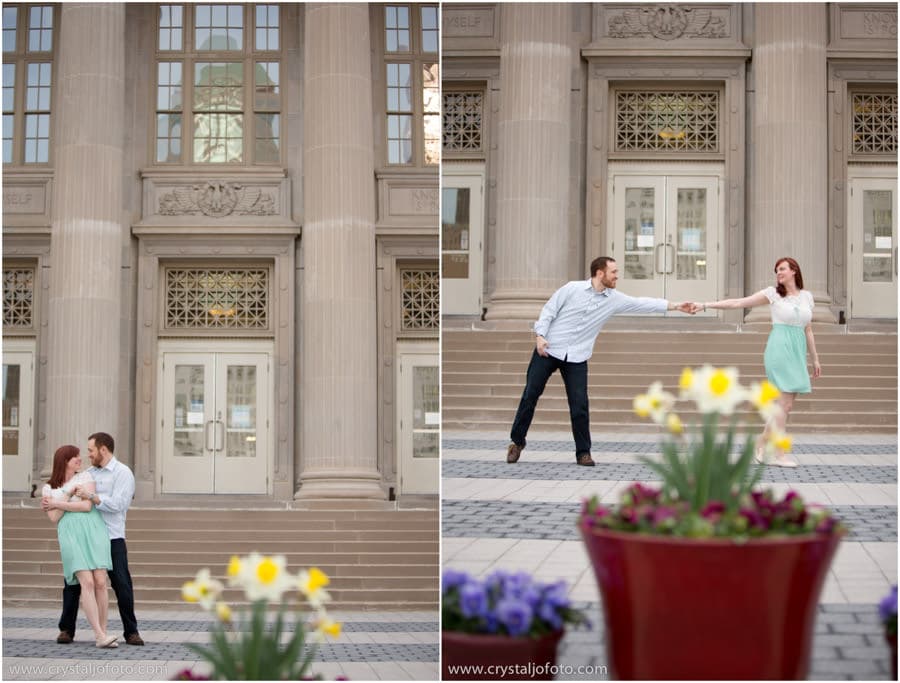 Andrea and Adam, I’m SOOOOO looking forward to your wedding day that is on my wedding anniversary.  There isn’t ANY better couple that I’d rather spend the day with.  Can’t wait!  Xoxo, Crystal Jo

Some fun facts about this beautiful couple…

When and where is your wedding?

Andrea: June 7th at The Wyndham Cleveland at Playhouse Square which is the theater district we spend some of our most favorite date nights seeing our Broadway Series shows.

How did you meet?

Adam: I was having an end of the summer party at my house and Andrea was a friend of one my friends. We starting talking that night and continued to talk nightly after that. One thing lead to another and we were making a Cleveland to Columbus relationship work.

Andrea: I was invited by a friend to his house for a barbecue. He was so cute playing with this stray kitten his parents had been feeding, I was immediately smitten.

Tell us about your proposal!

Adam: For our first anniversary, we went out to dinner at a Gervasi Vineyard in Canton, Ohio. Gervasi has a beautiful property and before we sat down for dinner we walked around the lake. We came upon a stone archway that we had looked at in pictures before visiting and when Andrea was peering through the archway with her back to me, I got down on one knee and proposed using my grandmother’s ring. The amazing thing is that the ring, which we believe was made back in the 1930s, fit Andrea’s finger perfectly despite her unique ring size of a 4.5.

Andrea: We were out to dinner at a winery called Gervasi to celebrate our anniversary.  Adam took me out to this adorable stone archway on the lake there and proposed.  We had already been talking a bit about where we would want to get married and that archway at Gervasi was one of the top options on the list!  Turns out what we’re doing is even more meaningful to us, but Adam’s decision to use that location was so sweet and thoughtful and we have a go-to place to celebrate anniversaries in the future

What’s your favorite thing about your significant other?

Adam: My favorite thing about her is her passion. She is constantly aiming it at different interests, but whatever it is she is wholly committed. Whether it is the Blue Jackets, various craft projects, or all things geek, she loves every second of what she is doing. I love every moment I spend with her and her passion for life. I know that the days we spend together are going to be a joy even when what we have to do might not be fun.

Andrea: His uncanny ability to understand and verbalize just about everything stuck in my brain that wants to escape but can never find the right/most concise vocabulary to do so 🙂 (NOTE: While reading his responses I had the “that’s exactly what I meant but worded *SO* much better” moment on just about all of them…as I said…uncanny.)

What makes you guys unique?

Adam: We are just kids trapped in adult bodies. We love sports, Doctor Who, Game of Thrones, video games, etc. We just can’t learn enough. That is the reason we wanted to do our engagement session at COSI. We couldn’t imagine a better place than one in which we get lost exploring our world.

Andrea: We are just big kids.  We can enjoy something little like randomly hopping on a stand up teeter-totter to something big like spending a day at Cedar Point.  Also we’re total geeks who love all things geekery…comic book movies, video games, Dr. Who, Game of Thrones, etc….oh yeah and musical theater….together 🙂

How did you find Crystal Jo?

Adam: I first met Crystal Jo at Andrea’s sister’s wedding. I absolutely loved that she took formal photos and got everyone to laugh.

Andrea: She did both my sister Erica’s wedding AND close family friend Margaux’s wedding.  Made our photographer decision probably the easiest one to make.

Reason we chose COSI according to Andrea (who was not eloquent enough to work it so perfectly into a response to a pre-formed question haha):
We chose COSI for our engagement session because of our tendencies to act like giant children. The Mythbusters exhibit brought us in, the other fun stuff to do there reigned us in to just go for a membership (at not much more than a day pass, why not right?!).  We share a love of all things science and if we both had it to do all over again we may just have been astrophysicists or something.  We always have a great time there and can’t wait to finally get to the Sherlock exhibit some time after all the wedding madness is over 🙂 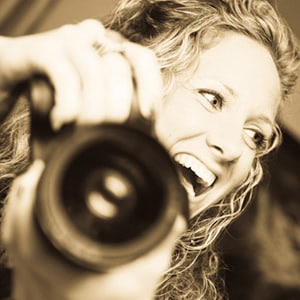